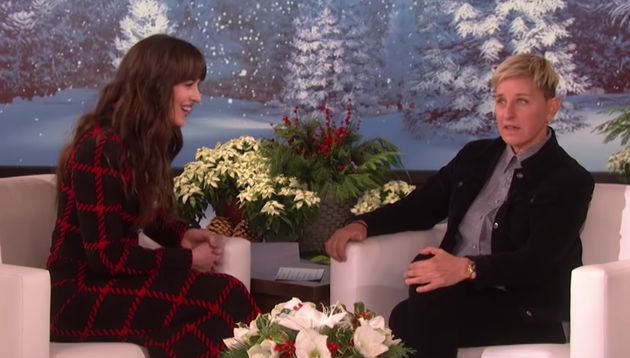 We dare you to make it through the whole segment.

Dakota Johnson stopped by “The Ellen DeGeneres Show” for an extra-awkward interview that’s almost too cringeworthy to watch.

To kick things off, DeGeneres grilled the “Fifty Shades of Grey” actor over why she wasn’t invited to Johnson’s celeb-studded 30th birthday party.

“Of course I like you,” DeGeneres insisted. “You knew I liked you,” she added, as an awkward silence fell over the room. 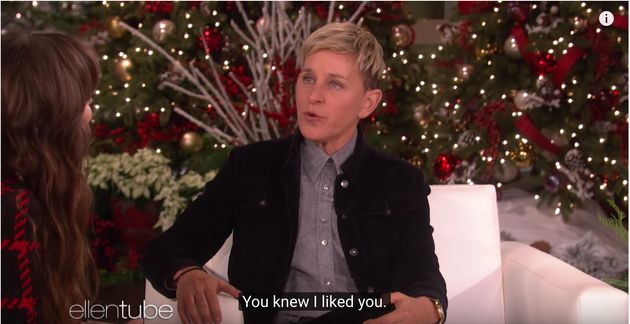 Things got a little awkward during Johnson and DeGeneres’ latest sit-down.

“You’ve been on the show many times,’” DeGeneres said.

While the two continued to battle it out over whether the invitation was extended, Johnson asked one of the comedian’s crew members to remind DeGeneres of the request.

“I was invited? Why didn’t I go?” DeGeneres asked. “Oh yeah, I had a thing. It was probably in Malibu. That’s too far for me to go ― I think I do remember I was invited. But I really didn’t remember that until just now.”

Things only got more uncomfortable from there, when the 61-year-old asked about fellow comedian Tig Notaro performing for the actor’s birthday.

“She’s my favorite comedian,” Johnson said excitedly, “Other than you!”

But it was too late, as DeGeneres mimed looking downcast and the audience reacted again with “Nooo!” and laughter. Johnson knew she’d misspoken, and jokingly got up from her seat, said “bye!” to the crowd and pretended to walk away from the interview.

When DeGeneres tried to take credit for introducing Johnson to Notaro at her massive 60th birthday bash, where the comedian also performed a set, the actor put her foot in her mouth yet again.

“I had left your birthday party before that happened,” the 30-year-old said, before exclaiming. “Gosh, this isn’t going well!”

Watch the full interview below:

It’s rare to see a woman in the public eye who doesn’t color her grays. So when artist Alexandra Grant — a 46-year-old with a mane of naturally silver hair — was thrust into the […]

ST. PETERSBURG, Fla. (AP) — Taylor Swift’s father recently fought a burglar who broke into his $4 million Florida penthouse, a newspaper is reporting. The Tampa Bay Times said that Scott Swift returned to his home in […]

“Late Show” host Stephen Colbert unleashed several of his political impersonations on Thursday night, including Sen. Bernie Sanders (I-Vt.) trying his hand at the nickel slots in Las Vegas. And he broke out his sunglasses […]