Helena Bonham Carter, who plays Princess Margaret in the newest season of Netflix’s “The Crown,” recently shared one of her own run-ins with royalty.

The actor stopped by “Watch What Happens Live” with Andy Cohen on Tuesday and confirmed a fan’s inquiry that she once asked Prince William to be her daughter’s godfather when she was a bit intoxicated.

“I wasn’t that drunk, but enough drunk for me not to drink anymore,” the 53-year-old told Andy Cohen. “He wasn’t totally sober himself ― not in a bad way, it was just very jolly.”

Which sounds like just the right mood to ask someone for a massive, massive favor.

“Thing is, I’d spent all my friends as godparents on my first child, so Billy had 11 godparents. And so I thought I could make up for Nell ― you know who suddenly came along and we didn’t have any left. I thought, ‘Well, if I give her Prince William that would cover,’ you know?”

But it seems the prince wasn’t ready for the responsibility.

“He just said, ‘You don’t want me to be godfather to your child.’ And I left and obviously it didn’t work out. Funny enough,” she said.

When the actor first relayed the story to People back in 2014, she said that she propositioned the duke back when he they were all vacationing on the island of Mustique ― a royal family favorite ― and he was dating Kate Middleton.

It’s a bit unclear now how the prince would react to Bonham Carter starring in a fictionalized series based on his family. It seems William didn’t have the most enthusiastic reaction when greeting another actor from the series, Olivia Colman, who plays Queen Elizabeth II in the show. 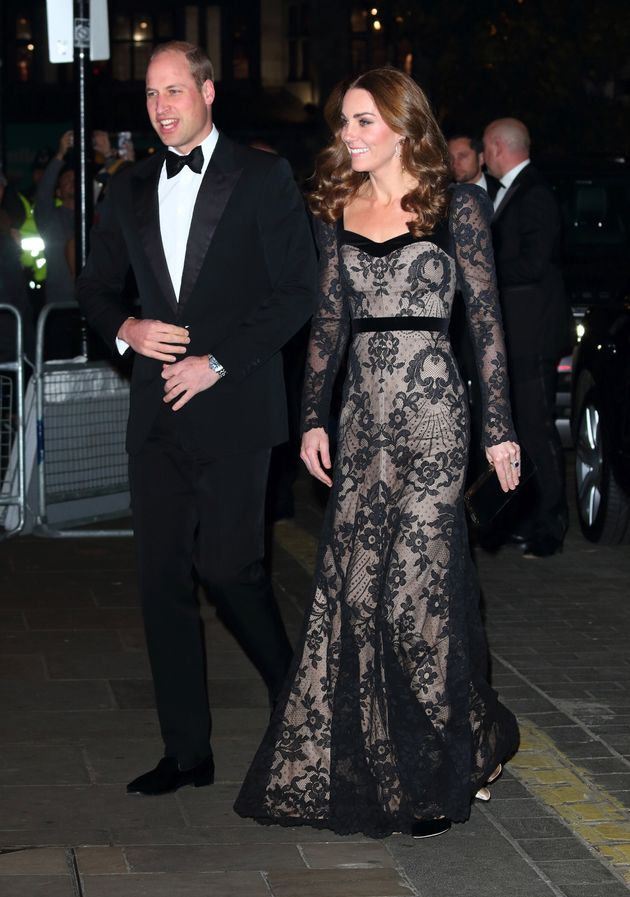 The Duke and Duchess of Cambridge attend the Royal Variety Performance at the London Palladium.

“He asked what I was doing at the moment before he quickly added, ‘Actually, I know what you’re doing,’” Colman said during an appearance on “The Graham Norton Show” back in August. “I was so excited and asked, ‘Have you watched it?’”

The actor said that the William’s answer “was a firm, ‘no,’” but added that the prince was “very charming and very lovely” throughout their encounter.

Subscribe to HuffPost’s Watching the Royals newsletter for all things Windsor (and beyond).

Jimmy Kimmel got his “f**king enchiladas.” The comedian last year moaned to actor Jennifer Aniston on his late night talk show about how her pre-Thanksgiving bash for her friends (her so-called “Friendsgiving,” which he attended) […]

WELLINGTON, Jan 12 (Reuters) ― Serena Williams won her first title since the 2017 Australian Open with a 6-3 6-4 victory over Jessica Pegula at the Auckland Classic on Sunday but was unable to complete […]

Lilly Singh Takes On Dark Side Of Skin-Lightening Creams

So-called “fairness creams” are getting under Lilly Singh’s skin. The “A Little Late” host on Tuesday issued a funny takedown of beauty products that whiten the complexion. The comedian explained that they’re “super popular” in […]