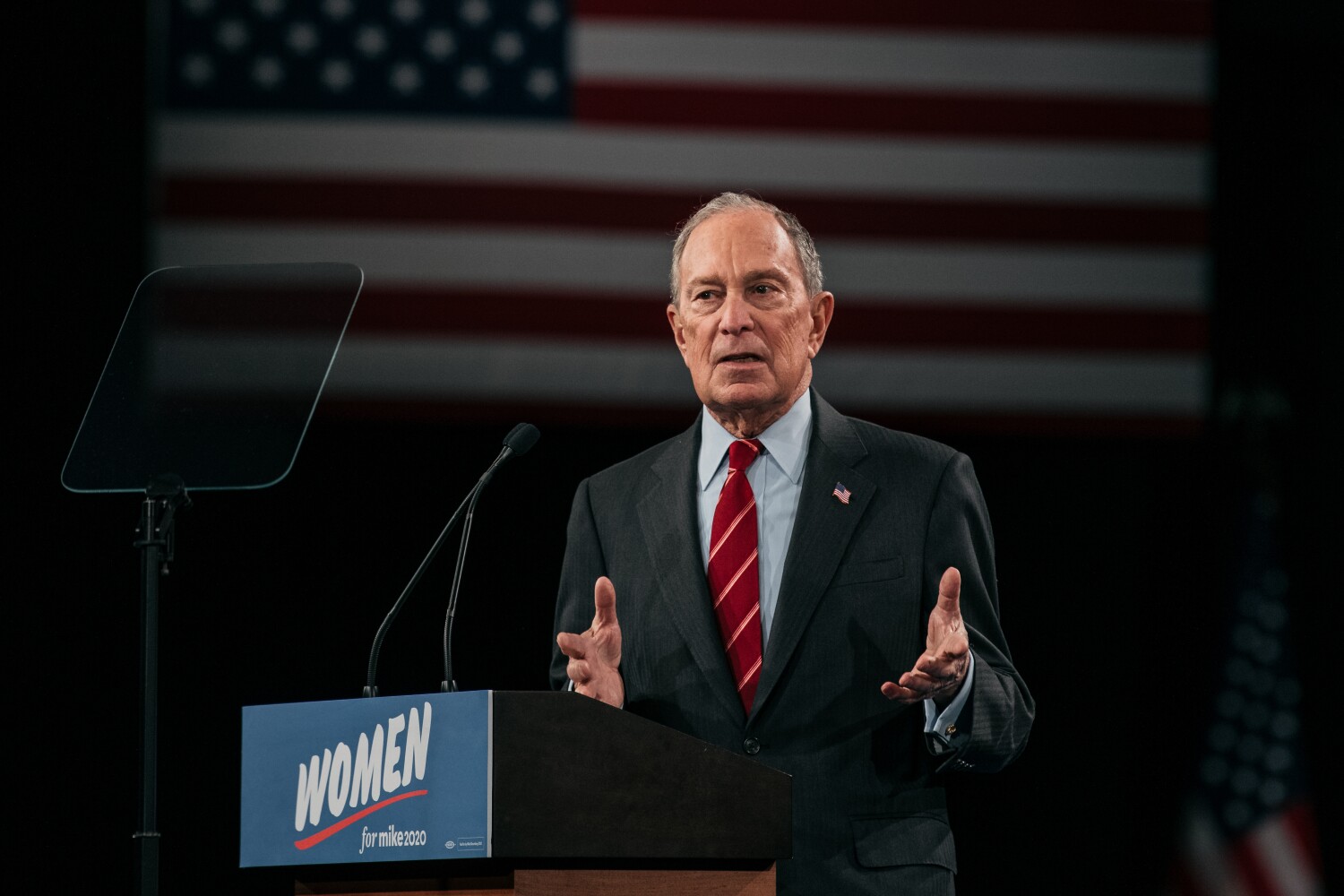 Billionaire Michael R. Bloomberg won’t have to publicly disclose his finances until late March, well after voters in more than a dozen states — including California — take to the polls on Super Tuesday.

Presidential candidates are required to reveal their investments, businesses and streams of income. Bloomberg, a former New York City mayor, is the only Democrat seeking the White House who has yet to file paperwork to publicly disclose his.

And under an extension granted to him Friday by the Federal Election Commission — the second such one Bloomberg has received — he can postpone their release until March 20.

The timing is significant because Bloomberg has skipped campaigning in early voting states such as Iowa and New Hampshire and is instead staking his bid on a big showing in contests that come later, such as Super Tuesday on March 3, when California and more than a dozen other states will vote. By getting approval to delay the release of his finances until after those pivotal contests, he is denying voters information about how much he is worth — and how he invests his money.

“Mr. Bloomberg … has made diligent efforts to prepare his report. Nevertheless, due to the complexity of his holdings and the need to obtain certain information from third parties, Mr. Bloomberg needs additional time to gather and review his financial information and complete and file his report,” his attorney Lawrence H. Norton wrote in a letter to the FEC.

Bloomberg spokeswoman Galia Slayen declined to comment. Bloomberg has pledged to release his tax returns but hasn’t said when he would do so. Releasing tax returns was a decades-long tradition for presidential candidates until Republican Donald Trump declined to do so during the 2016 campaign. President Trump has still not released his returns.

Bloomberg, who has long considered a White House bid, sits atop a sprawling business empire and is worth more than $50 billion, easily making him the wealthiest candidate in the contest and one of the richest people in the world.

He has been laying the groundwork for a campaign for months and has flooded primary states with more than $200 million worth of radio and TV advertising since entering the race in November.

Twice a day, every day, Vicente Fernandez walks along the banks of the Rio Fernando, inspecting the river that has shaped his valley’s fortunes for generations. Like his father and his grandfather before him, Fernandez […]

The effort to impeach President Trump still has months to run, but already has produced at least one clear winner: Rep. Adam B. Schiff has emerged from two weeks of public hearings as a rising […]