By Ed Riley For Mailonline

A firefighter has lodged a claim for unfair dismissal after he was sacked by the Fire Brigades Union for speaking at a pro-Brexit rally.

Paul Embery said today that an employment tribunal will take place later this year and he will ‘have my day in court’ following his dismissal.

The full-time trade unionist was kicked out of the national executive of the FBU after speaking in favour of Brexit at a Leave Means Leave rally in March.

It sparked a backlash among other unions, there were calls to reinstate him and he won support from other firefighters.

In a tweet today Mr Embery wrote: ‘I can confirm that I have lodged a claim for unfair dismissal against FBU leaders following their decision to sack me for my speech (given in my own time) to a pro-Brexit rally. 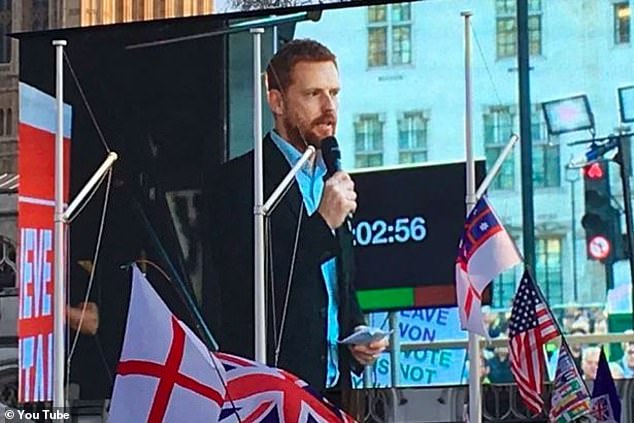 ‘An employment tribunal will take place later this year. Win or lose, I will have my day in court.’

The official policy of the FBU, which is led by General Secretary Matt Wrack, is to oppose leaving the EU.

Wrack was re-elected to serve a fourth term as general secretary last month, with an overwhelming 67 per cent of the vote.

And Mr Embery, a potential contender to the job, could not stand because he ha been barred from holding office for two years.

Mr Embery has been a trade unionist since he was 16 and been an active member of the FBU for 20 years. 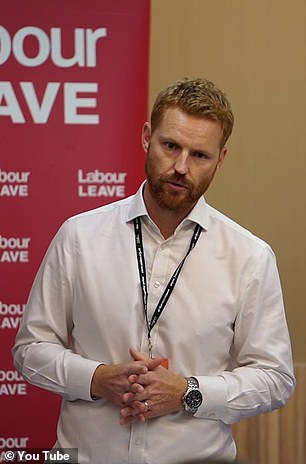 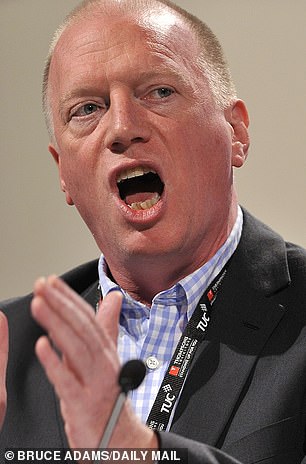 Mr Embery (left) who has been a trade unionist since he was 16 and been an active member of the FBU for 20 years. The official policy of the FBU, which is led by General Secretary Matt Wrack (right) is to oppose leaving the EU

He told the Daily Mirror after his sacking: ‘The charge against me was that the content of my speech was prejudicial to the union because I had argued against its Remain position.

‘My point was the Remain position was lost in the referendum three years ago and so far as I’m concerned it’s not now a question of Leave versus Remain, but democracy versus non-democracy.

‘The FBU’s position may have been Remain but that failed and we should respect the result of the referendum and implement it.

‘That’s simply what I argued. I did not even say it in my capacity as an FBU spokesman but on behalf of Trade Unionists Against The EU and in my own time on a Friday evening.

‘It’s clearly a political decision to take me out of the equation.’

After reports of his sacking emerged the London Regional Committee told the Daily Mirror that his sacking ‘is wrong and goes against the entire ethos of our union.’

It said: ‘Having considered the evidence, it is clear to us that Paul has been debarred from office because of the content of a speech that he made at a pro-Brexit event organised by Leave Means Leave on the evening of 29 March 2019.

‘People are, of course, free to agree or disagree with Paul’s personal opinions on this and other matters, but the London Regional Committee recognises the right of all officials to hold and express political views that are not necessarily the views of the FBU.’

The group Trade Unionists Against the EU said: ‘All true democrats should stand with Paul.’

The British scientist leading the fight against coronavirus admitted last night that predictions of 400,000 UK deaths are ‘not absurd’.   Professor Neil Ferguson, of the School of Public Health at Imperial College London, revealed that […]

Police car plunges into a ditch after smashing into a Mini